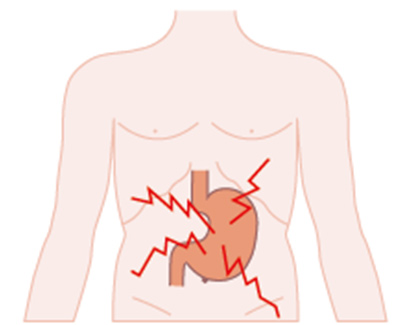 The mission of the Rome Foundation includes the promotion of the global recognition and legitimization of functional gastrointestinal disorders. Irritable bowel syndrome (IBS) was the first disorder to be addressed by the Foundation almost 3 decades ago. It has now become a real and challenging condition, with dedicated research, drug development and treatment approvals, and this is a testimony to our success. IBS has become a household name and has visible acceptance and presence in the lay press as well.

The situation is different for the counterpart of IBS in the upper gastrointestinal tract, functional dyspepsia (FD). The term is poorly recognized outside of the gastroenterology specialty, rarely used in communications with patients and virtually absent in the lay press. Lack of clear and stable symptom-based identity and lack of successful drug development have contributed to this orphan status, and this has been worsened by the ill-founded assumption, especially in the U.S.A., that upper gastrointestinal symptoms are mainly attributable to acid peptic disease and, in the absence of response to anti-secretory therapy, that the patient is likely to have gastroparesis.

The Rome III consensus, published in 2006, has started a dynamic which has continued to gain momentum. It introduced 2 major and significant changes. First, the number of cardinal FD symptoms was reduced to only 4: early satiation, postprandial fullness, epigastric pain and epigastric burning. This intervention gave a clear-cut identity and focus to FD, compared to previous consensuses which also included symptoms like nausea, vomiting, belching and even heartburn within the dyspepsia spectrum. A second significant change was the introduction of a distinction between meal-related and meal-unrelated FD symptoms. Beginning with Rome III, these categories were respectively referred to as Postprandial Distress Syndrome (PDS) and Epigastric Pain Syndrome (EPS).

The changes that were introduced by Rome III were largely based on expert opinion and on observations in tertiary care patients. Nevertheless, epidemiological studies conducted soon after the publication of Rome III confirmed the existence of PDS and EPS as two well-separated entities in the general population. In clinical practice, however, the majority of FD patients fulfilled criteria for both groups as defined by Rome III, and a subdivision with a dominant overlap group has little use for patient management. It was soon established that using the “meal relation” criterion more rigorously allowed a better separation of the subgroups.

Rome IV corrected and increased the application of the meal relation criterion for FD subgroups, and a good separation between both is now found both in epidemiological studies and in clinical practice. Moreover, pathophysiological studies and symptom analysis studies reveal increasingly clear differences between PDS and EPS according to Rome IV, suggesting that a meaningful subgroup concept for FD has now been reached. One example is the association of increased duodenal eosinophil counts with the PDS symptom of early satiation. Another example is the strikingly different symptom pattern after a standard meal in PDS versus EPS patients according to Rome IV.

Rome IV-based epidemiological studies have established FD as a major, highly prevalent condition, with good separation of its subgroups EPS and PDS. The epidemiological work already justifies new attention to this entity, which may be up to twice as prevalent as Rome IV-defined IBS.

With this new understanding, FD has been placed on the map with clear pathophysiological and diagnostic features.   Our knowledge on pathophysiological mechanisms relevant to FD has recently evolved: gastric sensorimotor dysfunction, low-grade duodenal inflammation with increased eosinophil and mast cell counts in association with altered expression of tight junction proteins and impaired mucosal integrity, alterations in the duodenal bile acid pool and perhaps also changes in duodenal microbiota composition have been established in this patient group. Validated patient-reported outcome questionnaires for FD have recently emerged, so this requirement is now fulfilled.

What now remains is for industry to use these conditions as targets for new pharmacological treatments which will in turn bring FD into full recognition, much like has occurred for IBS. Here again, there are a number of opportunities. The low-grade duodenal inflammatory changes and altered mucosal integrity provide the rationale to evaluate a totally different treatment approach for PDS, based on mast-cell stabilizers, locally acting anti-inflammatory agents, mucosal protectants and antagonists of mast cell or eosinophil products. The duodenal bile acid pool and duodenal microbiota, both potentially involved in triggering or maintaining the alterations observed in the mucosa, are other novel potential targets.

It is often assumed that prokinetics are the most suitable treatment option for PDS. However, there is a lack of broadly available and suitable prokinetic agents on a global scale. Prokinetic drug development has been and currently continues to be focused on gastroparesis. However, in their most recent guidance for drug development for gastroparesis, the FDA no longer requires demonstration of improvement of gastric emptying, only symptomatic improvement in patients is sufficient. As it is now clear that the amount of enhancement of gastric emptying rate with prokinetics does not correlate with their symptomatic benefit, and that the presence of delayed emptying does not determine the symptomatic response, these drugs are likely to benefit FD/PDS patients as well. This concept identifies a large number of novel agents, currently under development for gastroparesis, which should be evaluated in FD/PDS in the future. Tools to evaluate efficacy in PDS have become available, in the form of validated patient reported outcomes, with support from regulatory authorities.

In summary, the current Rome criteria identify relevant and well-separated subgroups of FD patients; the epidemiology confirms the relevance of this condition, and the outlook for FD research and novel therapies looks brighter than ever. That is why FD will continue to claim our attention.