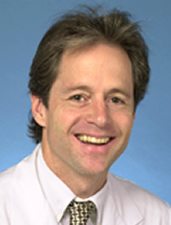 The Rome Foundation funding for the functional gastrointestinal disorders (FGID) initiatives in Nicaragua began in 2003, as a part of the University of Nicaragua (UNAN) and University of North Carolina (UNC) collaboration. The two phases of funding have focused on the Rome II and Rome III programs. The grants have facilitated a series of investigations in the FGIDs in Nicaragua and Latin America, as well as a portfolio of scientific endeavors which promise to enhance our disease understanding, and provide significant benefit to this region of Central America.

The Spanish Rome II initiative involved the translation and validation of the Rome II questionnaire and subsequent population-based study of the FGID epidemiology and associated risk factors. The FGID epidemiology in Nicaragua has been shown to have important similarities and differences to developed nations and Asia. Three studies were presented at Digestive Disease Week 2008 in San Diego. These define the role of intimate partner violence, war trauma in the Sandinista Revolution, and chronic gastrointestinal infection and parasite burden.

Resultant research portfolio. Importantly, a broad portfolio of research and teaching initiatives has resulted from the initial Rome Foundation funding for the Nicaragua-UNC collaboration. The collaborative Rome II efforts with Dr. Max Schmulson of the University of Mexico (UNAM), wherein the Nicaragua Spanish Rome II questionnaire and protocol served as templates for the investigations in Mexico. Gastric cancer epidemiology and prevention program. The Rome Foundation FGID funding facilitated the initiation of a gastric cancer registry and epidemiology program in Nicaragua. This made possible the inclusion of Nicaragua in the “Antigua Consortium” for the prevention of gastric cancer in Latin America, with a funding submission under review with the Gates Foundation. (Consortium: Nicaragua, Honduras, México, Chile, Colombia, Costa Rica, U.S.).

The effect of universal infant rotavirus immunization (UIRI) in Nicaragua. In October, 2006, Nicaragua became one of the first developing world nations to initiate UIRI with the pentavalent RotaTeq® vaccine. This study will define the current epidemiology with UNAN Faculty. The investigation grew out of the PI’s (Dr. Becker-Dreps) prior incorporation into the Rome II study team (IBS – Domestic violence study), with current funding from the American Society of Tropical Medicine and Hygiene.

Burden of diarrheal disease in the remote communities of northwestern Nicaragua. The ‘Collaborative Sahsa Health Initiative’ (CSHI) is a broad collaboration involving UNAN, UNC, and Duke to address the health sector needs in the isolated Mosquitia region of Nicaragua, which was further affected by Hurricane Felix in September, 2006. The funding in 2008 includes, GlaxoSmithKline UNC-Duke Global Health Research Grant, and Carolina Center for Public Service fellowship.

Study of endemic chronic renal disease on the Pacific Coast of Central America (Nicaragua, El Salvador, Costa Rica). This collaboration between UNC and UNAN has grown out of GI initiatives. In western Nicaragua, renal insufficiency is the number one cause of death. Little is known about the epidemiology of this disease. Pilot funding has been successful, and NIH Fogarty funding is anticipated in 2008.

UNC-UNAN teaching programs. The FGID studies and resultant research portfolio have provided a series of opportunities for medical and graduate students of UNAN and UNC. The majority of involved UNC students have successfully competed for NIH STRT grants (T35 DK 007386). The UNC-UNAN Memorandum of Understanding (MOU) was signed in April, 2008, with the visit to Nicaragua by the UNC delegation, which included UNC School of Medicine Dean William Roper. This will further advance research and teaching collaborations in many areas, including the FGIDs. The primary UNAN investigator, since inception of the FGID program, has been Rodolfo Peña MD DrPH, currently Dean of the UNAN School of Medicine.

In summary, the funding from the Rome Foundation has been instrumental in the advancement of the understanding of the FGIDs in Latin America, and has generated a broad portfolio of research which will benefit the region. Our collaborator in Nicaragua, Rodolfo Peña, has often commented: “Todo es un proceso, pero paso a paso, vamos bien.” (Everything takes time, but step by step, we are doing well).