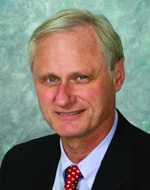 Nick has a deep interest in medical education and has authored a number of prominent textbooks. His popular student textbook, “Clinical Examination: A Systematic Guide to Physical Diagnosis”, is in its 6th edition and is distributed worldwide.

Nick’s research is primarily focused on functional gastrointestinal disorders, dyspepsia, Helicobacter pylori, gastroesophageal reflux disease, and eosinophilic disorders of the gut. He has recently described with his team a new disease entity in adults, eosinophilic duodenitis, linked to functional dyspepsia. His group has documented a genetic component in upper and lower functional bowel diseases. He has published over 700 original and review articles in the peer-reviewed literature, and he is considered one of the world’s leading authorities in clinical research on the stomach. He currently has research support as a Chief Investigator from the National Health and Medical Research Council, and has been funded as a Principal Investigator (RO1) by the National Institutes of Health in the USA.

Background: Despite the high prevalence of FGIDs in the population and associated high costs because of presentations for medical care, the diagnostic validity of current symptom based criteria (Rome III) remains to be firmly established. New evidence including our novel pilot data suggest that certain psychological characteristics and biological markers may together better discriminate functional bowel disorders from organic bowel diseases. To date no studies have evaluated a diagnostic test based on all the available knowledge and technology

Aims: To determine if a novel diagnostic test (combining symptoms, psychological characteristics and biological data) is superior to symptoms alone for distinguishing lower FGIDs (including IBS) from lower organic GI disease. We will also determine if the testing can distinguish IBS from other lower FGIDs.

Methods: In a sample of 600 outpatients referred by their physician for a colonoscopy for lower colonic symptoms we will collect detailed symptom data (Rome III criteria and alarm features by validated questionnaire), psychological data based on validated instruments (anxiety, depression and extraintestinal symptoms) and clinical biomarkers by standard blood tests and a cytokine panel (TNFalpha, IL-6, IL-8, IL-10). We will determine which diagnostic test characteristics best identify lower functional from organic GI disease versus functional disease and major FGIDs (IBS) from lower FGIDs using logistic regression modeling. Diagnosis of organic versus functional disease will be based on an a priori algorithm after a minimum of 6 months follow up; the diagnostic coding will be undertaken by an independent expert clinician blinded to the test data after interviewing the patient and review of all clinical records including the findings at colonoscopy. We will then prospectively test the best diagnostic model (identified above) in a new sample of consecutive outpatients (n-400) with lower colonic symptoms referred for colonoscopy. This high novel study has the potential to refine the Rome criteria.