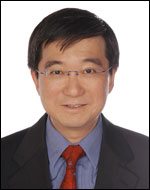 Professor Gwee is the immediate past president of the Asian Neurogastroenterology & Motility Association, chairs the Rome-Asian Working Team on FGIDs, is on the Rome IV chapter committee for Design of Treatment Trials, and led the Asian Consensus on IBS, and the Asian Guidelines on Management of Chronic Constipation. His areas of research include the role of melatonin and sleep disturbance in FGIDs, epidemiology of FGID in Asia, pelvic organ dysfunction in FBD, and non-celiac gluten sensitivity.

Title: The Chinese and Caucasian Brain Study: A Neuroanthropological Evaluation of the ROME III criteria.

Background: This is a cross-cultural, multi-national study using structural and functional brain imaging to characterize “brain signatures” of patients in two socio-cultural milieu (Chinese v American) who present with bloating and fullness as most bothersome symptoms, and who meet Rome III criteria for postprandial distress syndrome (PDS) and irritable bowel syndrome (IBS). The study aims to test the validity of the Rome criteria and fidelity of linguistic translatability of symptom questionnaire as it relates to cultural adaptation of English words to Chinese terms. The study is also a neuro-anthropological exploration of the socio-cultural factors that influence the language that we employ in describing symptoms that are perceived to arise from the gastrointestinal tract.

Aims: In this proposal, we aim to test the general hypothesis that while FGID symptoms are generated by neurobiological mechanisms largely shared by Asian and Western patients, the verbal and non-verbal expression of these central representations of abdominal discomfort and the cultural responses to these symptoms show significant culture and language dependent differences.