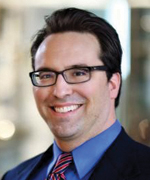 Dr. Preidis is a post-doctoral fellow at Baylor College of Medicine in Houston, TX. He became aware of the ravages of malnutrition during his childhood in South America and determined to study it. His research showed that malnutrition induces intestinal motility disorders which slow motility and lead to other adverse consequences such as bacterial overgrowth, and he developed three mouse models of malnutrition which identified an unexpected defect in bile metabolism. This led him to propose two studies: The first tests the ubiquity of the effects of malnutrition on motility while the second experiment evaluates mechanism by giving antagonists to the enzymes. Two outstanding basic scientists will mentor this research. Dr. Preidis expects to devote the majority of his time to this work, which research has the potential to substantially improve the management of childhood malnutrition.