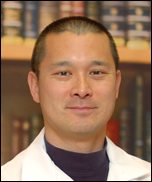 Dr. Chey received his medical degree and training in internal medicine at the Emory University School of Medicine in Atlanta, Ga. He went on to complete a fellowship in gastroenterology at the University of Michigan in Ann Arbor. Since completing this fellowship, Dr Chey has remained at the University of Michigan, where he is currently a Professor of Medicine in the Division of Gastroenterology and Director of the GI Physiology Laboratory and Michigan Bowel Control Program.

His research interests focus on the diagnosis and treatment of the functional bowel disorders, acid-related disorders, and Helicobacter pylori (H. pylori) infection. Dr Chey has received funding for his research from federal and private sources.

He participated on the Clinical Study Design and Bowel Symptoms committees of the Rome III consensus guideline development conference and joined the Board of Trustees of the Rome Foundation in 2010. He has served on various abstract review committees dealing with H. pylori infection, gastroesophageal reflux disease, and functional bowel and motility disorders for Digestive Disease Week and is past Chair of the Clinical Practice Section (2006-2008) of the American Gastroenterological Association. He is a member of the Board of Trustees, Publications Committee and IBS Task Force of the American College of Gastroenterology.

He has participated in and directed numerous national and international continuing medical education programs in gastroenterology, and has been elected to the roster of Best Doctors since 2001.