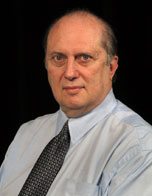 Dr. Drossman is currently an Adjunct Professor of Medicine and Psychiatry at the University of North Carolina School of Medicine where he was on staff from 1977 through 2011. He was founder and co-director of the UNC Center for Functional Gastrointestinal and Motility Disorders (since 1993). He was founder, past chair (1989-1993) and newsletter editor of the Functional Brain-Gut Research Group of the AGA, Chair (since 1989) of the Rome Committees (Rome I II and III) and President of the Board of the Rome Foundation (since 2004), past Chair of the Functional GI American Digestive Health Foundation’s Digestive Health Initiative (1999-2001) and of the Motility and Nerve-Gut Section of the AGA Council (2003-2005). He is Past-President of the American Psychosomatic Society (1997), a Fellow of the American College of Physicians, a Master of the American College of Gastroenterology, and is on the Board of Directors and Chair of the Scientific Advisory Board of the International Foundation for Functional GI Disorders (IFFGD). He has served on two committees of the Institute of Medicine Committee on Gulf War and Health, has been an Ad Hoc member of NIH- NCCAM Advisory board, and is on the NIH-National Commission on Digestive Diseases.

Dr. Drossman’s research relates to the clinical, epidemiological, psychosocial and treatment aspects of gastrointestinal disorders. He has developed and validated several assessment measures (e.g., illness severity and quality of life questionnaires for IBD and IBS, and an abuse severity scale) for clinical research, is involved in psychosocial outcomes research, and has also studied brain imaging in IBS and abuse. He was principal investigator on several NIH sponsored research grants with over $15,000,000 in funding. This included a multi-center grant for treatment (antidepressant and cognitive-behavioral treatment) of the functional bowel disorders. He also consults with regulatory and pharmaceutical agencies regarding the design and evaluation of treatment trials. He is a recipient of the Janssen Award for Clinical Research (1999), the American Psychosomatic Society President’s Award (2003), the AGA Joseph B. Kirsner – Fiterman Award in Clinical Research (2005) the AGA Mentors Research Scholar Award (2007), and the American Journal of Gastroenterology Lectureship (2011). He has also received several “Who’s Who”, “Patient Choice” and “Best Doctors” citations over the past 15 years.