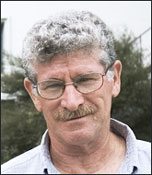 Dr. Ami D. Sperber is Professor of Medicine in the Faculty of Health Sciences of Ben-Gurion University of the Negev, Israel. Dr. Sperber was born and raised in New York City and immigrated to Israel at the age of 23. In 1981 he received his MD degree from the medical school of Ben-Gurion University. In 1992 he completed an MSPH (Master of Science in Public Health) degree from the Department of Health Behavior and Health Education in the School of Public Health of the University of North Carolina at Chapel Hill. He completed his training in Gastroenterology in the Soroka Medical Center, Beer-Sheva, Israel, and worked there as a senior gastroenterologist, specializing in functional disorders of the GI tract, until his recent retirement in 2009. Dr. Sperber continues to see patients and works as a senior consultant at the Functional GI Disorders Service at the Tel-Aviv Medical Center, which he was instrumental in establishing.

In addition to patient care, Dr. Sperber has conducted extensive research on IBS including epidemiology studies, and studies on co-morbidity including fibromyalgia and sleep disturbances. He is the author of a book on IBS for the general public in Israel, which emphasizes the biopsychosocial approach to diagnosis and treatment and presents an empathetic description of the disorder, its diagnosis and treatment.

Dr. Sperber, together with Dr. Douglas Drossman, organized and conducted a joint Israel-US symposium on IBS that was held in Tel-Aviv in 2008. The meeting was co-sponsored by the American Gastroenterological Association and the Israel Gastroenterological Association. He has served the Rome Foundation as a member of the “Gender, Age, Society, Culture, and the Patient’s Perspective in the Functional Gastrointestinal Disorders” committee, as the chairperson of the “Psychosocial” committee of the education slide set program, as a member of the “Functional Abdominal Pain Syndrome” of the Clinical Diagnostic Algorithm project, as a member of the International Liaison Committee, and as Head of the Rome Foundation Translation Project.

Dr. Sperber’s current focus is on fostering cross-cultural, multi-national studies on IBS and other functional GI disorders. He has published papers on the translation and validation of study instruments for cross-cultural research, has published a review on the subject of cross-cultural research in the journal Neurogastroenterology and Motility, and is currently in the early stages of planning and organizing a conference on Health and Culture in the functional GI disorders.