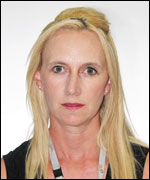 Objective: Psychological factors are known to be associated with functional gastrointestinal disorders (FGIDs) including irritable bowel syndrome (IBS) and functional dyspepsia (FD). No prospective studies have evaluated whether it is the brain (eg, via anxiety) that drives gut symptoms, or whether gut dysfunction precipitates the central nervous system features such as anxiety. In a 12-year longitudinal, prospective, population-based study, we aimed to determine the directionality of the brain-gut mechanism in FGIDs.

Design: Participants (n=1775) were a random population sample from Australia who responded to a survey on FGIDs in 1997 and agreed to be contacted for future research; 1002 completed the 12-year follow-up survey (response rate =60%), with 217, 82 and 45 people meeting Rome II for new onset FGIDs, IBS and FD, respectively. Anxiety and depression were measured using the Delusions Symptom States Inventory at baseline and follow-up.